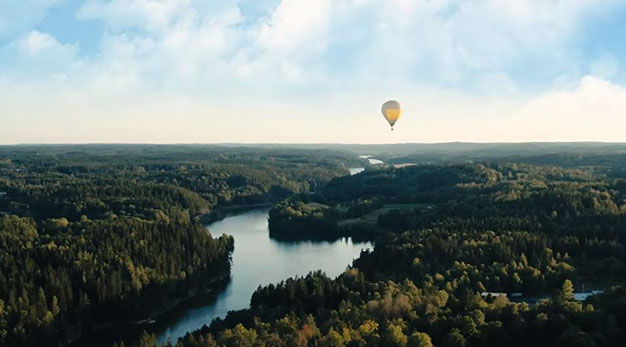 Trollhättan is a proud city with great ambitions! We want to expand and aim to grow from the just under 60,000 residents we have today into a city of 70,000. The falls, locks and the river that runs right through the heart of the city gives Trollhättan a scenic location!

Nothing is ever far away in Trollhättan. The city stretches around the river with services, entertainment and nature just around the corner. The Gothenburg train takes you to Swedens second biggest city in 35 min. Our airport comfortably connects you to the rest of the world. Stockholm is only an hour away by plane, and three hours in the car will take you all the way to Oslo.

Turbo in our DNA

A strong tradition of innovation and design often results in pioneering technical solutions and great driving experiences. Saab was first with its serially produced Turbo, and now NEVS is stepping forward to develop the electric cars and mobile solutions of the future. We have turbo in our genes!

Did you know that more than 500 feature films have used Trollhättan as their production base? Film production is just one example of how the creative industries have been able to thrive here.

Trollhättan is known for a lot of diffrent events such as Fallens dagar - the oldest urban festival in Sweden, November Festival - An arena for young people in the Swedish film industry, European Oyster Championship - Elite competition in oyster opening, Wine Fair - The largest non-profit trade fair in Sweden and Alliansloppet Action Week - the largest roller skiing race in the world. Of course there is a lot of other things going on, read about what to do on our Tourist centers web

A city of playgrounds

Two of the coolest playgrounds in West Sweden can be found in Trollhättan. The Skrotnisse playground is based off of the popular TV series, created by Trollhättan native Jan Lööf. Here young children can play and get to know the show’s characters. Over at Macken playground, the Swedish comedy group Galenskaparna has recreated their popular musical sit-com from the 1980s right here in their hometown. Families love Trollhättan!

What to see and do in Trollhättan

The oldest locks date back to 1800 and are considered by some as the eighth wonder of the world. The ones used today are from 1916.

300,000 litres of water gush through the locks – every single second!

Unbeatable recreation, restaurants and cafés – right in the heart of the city where the river pumps through like an artery.

The highest viewpoint in Trollhättan offers captivating views of the falls, locks and the energy of the city.

An oasis in the city: Skrotnisse playground, minigolf, outdoor gym, café and stage performances. All in a prime location right in the centre.

There is a lot of more thing to see and explore in Trollhättan. Read about that at the webb page of the Tourist center

The cradle of Trollhättan, once characterised by heavy industry in the form of turbine and locomotive manufacture, is today putting it’s stamp on the future of research, development, science centres, events and business incubators. Here, University West works together with industry and the Innovatum science park – providing both Trollhättan and the wider region the power to continue in their development.

There are jobs here

With 26,000 job opportunities, Trollhättan is a natural hub for the region. GKN Aerospace takes Trollhättan out into space – and NEVS builds cars with a whole new mindset. But did you know that Trollhättan also offers employment opportunities with most of the world’s vehicle manufacturers? Our engineering expertise is unrivalled, and many of our consultancy firms take on projects for the worlds biggest car manufacturers. 10,000 people commute to Trollhättan every workday!

Did you know this about Trollhättan?