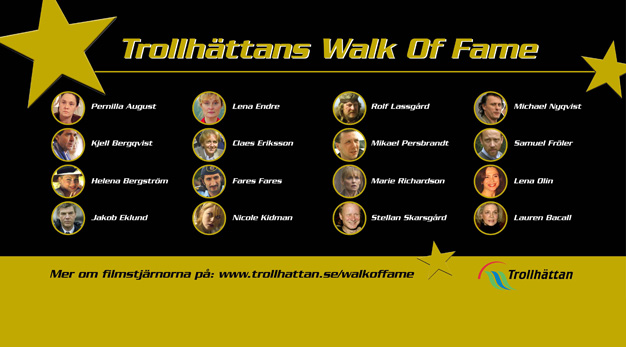 Trollhättan is a film city; over half of Sweden's full-length films are made with Trollhättan as their base. The Walk of Fame along Storgatan has a long line of film stars who have featured in films made in the Trollhättan region.

The stars are nominated by a jury and to be included in Trollhättan's Walk of Fame, a person must have played a prominent part in a film as well as having a connection to the region of Trollhättan.